In herarticle, “His & Hers: Designing for a Post-Gender Society,” Suzanne Tick explains how the design industry and the private sector as a whole is leading the way in tolerance of other genders.  Our current society often doesn’t accommodate or even recognize those individuals who don’t identify within the gender binary.  This situation has caused confusion for many who are trying to design for the coming acceptance of genders other than boy and girl.  Designers and private companies are spearheading the movement for gender recognition. The fact that alternative gender practices are becoming mainstream is a breakthrough in our modern world that has the potential to change history.  Throughout all of human history, culture and community has been based around the roles of male and female.  This is changing.  As Tick puts it, “We are living in a time of gender revolution.”  Many individuals, especially those of a younger generation are coming to terms with the existence of differing genders and gender identity.  Historically, certain tasks, attitudes, and demeanors have been associated with male/female roles, but now the walls of this binary are crumbling.  This has led to confusion among not only those who don’t identify with the common genders, but every interaction can be made awkward and uncomfortable.  With this newfound freedom in sexuality and identity, many businesses and individuals must work towards understanding and incorporating these issues.

The job of cooperating with this “gender revolution” has become especially difficult for the design industry due to deeply entrenched social norms.  Everybody knows the stereotypes of girl and boy design.  Boys have blue, girls have pink.  Boys wear jeans, girls wear skirts.  Boys like violent action toys, girls like dolls.  The list goes on and on, but for many, they don’t identify with these patterns.  Design has been working hard to incorporate these an androgynous view into their products to cater towards these outcast members.  These changes can be seen in fashion from products like “Alexander Wang’s women’s coat,” that has a “has masculine tailoring with a military look”(Tick).  The article also describes the introduction of makeup lines designed specifically for men.  The design industry is changing how society views gender.

The private sector as a whole is having a significant impact on gender relations in the United States.  Companies are doing this in a variety of ways, but the most important is the inclusion of gender-neutral bathrooms in the office.  The inclusion of these allows for people who identify with other genders to “feel comfortable, safe, and included”(Tick).  In order to reach true equality in the workplace, these companies must be willing to include non-binary people into discussion.  Other institutions such as colleges are challenging the gender norm as well.  Many students are refuting the binary and refuse to put their genders on applications and papers.  The fight against gender norms is strong in the private sector.

As many people feel disillusioned by the breaking of gender norms, the private sector along with designers have taken up the burden of catering towards these individuals.  By allowing an outlet for these people to identify with, it allows them to feel more included by society at large.  No more are they outcasts because of how they feel, and are able to operate normally within society.  This is all thanks to the hard work the organizations are doing for the non-binary community.

Return to Nature: How College Campuses Can Improve Student’s Well-Being

The idea that nature can affect one’s spirit is explored in “Recognizing Campus Landscapes as Learning Spaces,” by Kathleen G. Scholl and Gowri Betrabet Guwaldi.  In their article, they argue that the inclusion of nature to the physical environment of college campuses can have a positive impact on the mental well being of the students.  Citing numerous academic studies, they draw conclusions using an organized system of student-nature interactions to compare the students attitudes to their environment.  The addition of natural objects such as trees, grass, and water installations on university campuses improve the cognitive functions of students.

Higher education has always been a place for reflection, and their original design helped the health of students.  Some of America’s first institutions were built in rural areas for the sole purpose of getting away from everything.  Along the lines of famous thinkers such as Thoreau, these universities were created as a place that is separate from the hustle and bustle of everyday life.  They were places where one could learn just as much about themselves as they did about law, politics, or business.  The campus was a community surrounded by nature.  As time moved on actions such as the Morrill Act of 1862 and other federal land grants had colleges incorporate the nature on campus as part of learning (Scholl and Guwaldi, 2015).  Examples of these hands-on activities could be seen in agriculture and forestry.  The end of the second World War also resulted in a change to the United States’ higher education.  The rapid influx of GIs returning to school and the dawn of the Cold War (which pressured the US to focus on science and engineering) required more buildings to be built for a multitude of purposes.  Soon, less and less natural space was available on campuses; time had eroded the areas once used for self reflection and contemplation to shallow, monotonous buildings. 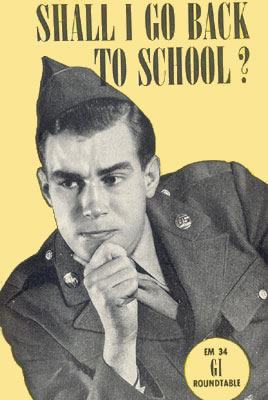 While each time period utilized nature on campus differently, modern researchers believe that more nature can lead to more productive students.  According to the authors, the presence of nature has a calming effect on individuals which allows for non-artificial stress relief.  Nature allows a place where one can be studious, yet at the same time, they enjoy the peaceful serenity of our environment.  Landscape designer Frederick Law Olmstead stated, “natural scenery employs the mind without fatigue and yet exercises it.” The high tech, always connected world of today builds pressure on students, who have no ways to relieve it on many modern campuses.  The problem many colleges have is what exactly defines nature.  Does nature mean a single potted plant sitting on a desk in some office or does it mean a massive park lined by trees with an ornate marble fountain in the center?  While one is obviously more grandiose than the other, any feature that is “of nonhuman origin that people ordinarily can perceive” is considered by the authors to be nature (Scholl and Guwaldi, 2015).  Any type of nature is helpful towards the mental health of pupils.

There are a variety of ways institutions with differing available space can introduce nature to their campuses.  Those campuses with very little outdoor space have a few options.  As mentioned previously, a good start is to incorporate potted plants and small water features in buildings.  The use of glass to let in natural sunlight also provides a basic foothold towards bigger features.  For urban campuses with some outdoor space, the use of rooftop gardens or fountains can provide some space for reflection and tranquility.  Rural and suburban campuses have the most room (literally) for flexibility.  Depending on the environment, forests and wooded areas provide an amazing space for stress relief.  Large quadrangles and parks on campus also give it a more open feel, and give the students more freedom of movement.  These campuses are still able and should be using agricultural spaces such as farms and greenhouses for academic studies.  There are a myriad of options for campuses to improve both natural features and their students health.

Nature on campus is one of the key elements towards the stress levels of students.  If campuses are able to learn from those in the past, they may be able to improve the lives of those pupils in the university.  Our institutions must bring back the campus as a place for reflection as well as learning.  The return to nature is a simple process if it is done efficiently and these small changes could help college students across the country. 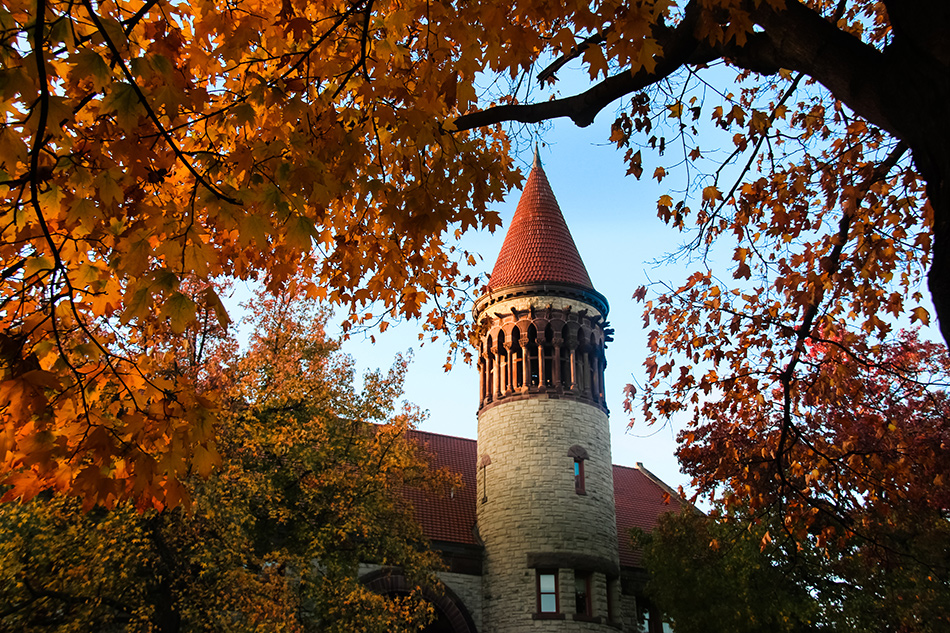