Chapter Five of City of Rhetoric by David Fleming, explains the creation of the majority white suburban neighborhood.  The history of suburbia is explained through the lens of a tool of cultural segregation.  Suburban communities are most often white, with small numbers of minorities, and often times contain physical barriers to prevent the entrance of “others”.  Not only do these communities segregate, but they are self-harming to our political process as well.  Fleming argues that suburbs are detrimental to modern democracy and that a return to the city is necessary for its revival.

Due to the mass migration of the southern black population to northern cities following the civil war, the white communities in these cities looked for a place to flee.  The “white flight” along with the invention of the automobile around the same time were the primary drivers towards the creation of the suburbs.  Along with these factors there are many benefits for families in major cities to migrate to the suburbs.  Fleming points out that numerous studies cite that suburban children face, “decreases in injuries” and “decline in childhood asthma” (Fleming 116).  Not only are the health benefits greater but there is also a lower crime and poverty rate coupled with a more stable family home.  In addition, observations have recorded that residents of suburbs are generally happier than their urban counterparts.  Suburbia has ingrained itself in American culture as the “dream” for the nuclear family.

It would appear as if there is no downside of the suburbs, but for some its problems are all too real.  A majority of the inhabitants of suburbs are white and there are usually very few minorities within the community.  Not only are there few minorities, but there are often times social stigmas against low-income families and those who reside in public housing.  Fleming even goes so far as to state, “suburban parents sometimes refused to let their children to play with children who had grown up in public housing” (Fleming 117).  The concept of “gated communities” and the distance of suburbs from the inner city tend to segregate based on distance alone.  Whether residents realize it or not, their actions have worked towards the detriment of those who they deem “others”.

The suburb, despite its idealized image, actually provides problems for its inhabitants.  There are many internalized issues with suburbs that some don’t realize are problems.  The most glaring of these is the basic design of the communities.  Unlike cities, suburbs are far more spread out and residential houses can be far from town and community centers.  Their streets tend to be “disorienting curvilinear” in contrast to the “rectilinear grid” of the cities (Fleming 119).  Suburbs also are far away from cities and workplaces, preventing many individuals who can’t afford transportation from living there.  This design and the yearning for privacy and isolation has led to many of these neighborhoods to stray away from politics.  Children in the suburbs are cited as being less likely to participate in political activities at their schools, such as student government.  Residents tend to have a bigger disdain for politics and Fleming even describes the suburbs as, “antipolitical” (Fleming 119).  The modern, American suburb has many attributes that work against its citizens.

While many view the suburb as the image of the American dream, Fleming believes that the suburb is hazardous to both people and our political system.  The low-key racism in both the initial design and construction of suburban communities continues the segregation of yesteryear.  Even for its own residents who view suburbia as the end-all be-all for a comfortable lifestyle, there are still forces at work against them.  Suburban communities may seem to be the epitome of perfection, but the factors at play within only promote the problems our country faces nationwide.

In Chapter Three of City of Rhetoric, Fleming argues that America’s current political system is too large to be effective at the local level.  There is a great contrast between our modern government and the democracies of old.  These differences are apparent and can explain how our current political system is cracking under pressure.  The overall composition of our population and governing structure has expanded and changed to the point where cooperation and management has become nearly impossible.  The expansion of population coupled with changes in government and society have created a system where the people are no longer well represented by governing bodies.

Our current democratic order has transformed into a vastly different institution than the world has seen previously.  As noted in Chapter Two, the United States in particular began with a rigid form of republicanism but has adapted over the years towards a more liberal democracy.  The basis of Fleming’s argument derives from the astonishingly efficient democracy of ancient Greek city-states such as Athens.  The public forums and debates of the communities allowed for maximum participation in government by the citizenry.  The size of these communities allowed for both a diverse set of opinions and a close bond between the inhabitants.  The diversity of opinion and the permission of everyone’s opinion to be heard is of utmost importance towards the development of a successful democratic system.  Plato noted that, “No city comes into existence from those who are all alike” (Fleming 52).  Fleming also references the early New England townships of the colonial period which revived democracy in the New World.  The implementation of hard working, tight-knit communities focused around the meetinghouse, allowed for the first democratic order in over two thousand years to rise to existence and eventually spread across the world. 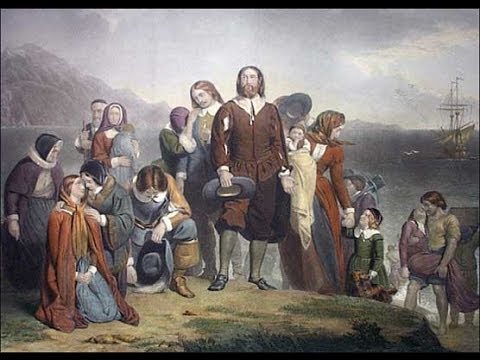 The massive expansion of our population and the failure of our government institutions to adapt to this reality has contributed towards the current polarization of our political system.  Many modern Americans believe that they are not well represented by their government and this is due primarily to the lack of a human connection to the large web of agencies, congressional hearings, and courtrooms.  The dissolution of the effectiveness of local governments has played a large role in this loss of humanity in our civic system.  There is very low participation in local and town governments due to the fact that many citizens believe them to be ineffective at conveying their opinions, those powers being reserved for the state and federal governments.  A great deal of Americans lack the diversity of opinion found in ancient Greek democracies as the sheer number of people involved in the process has devolved local debate into shouting matches.  Unlike Greek cities and colonial townships, the modern American community is no longer centered around political participation, rather entertainment and consumption.  It is not the town hall that cities grow around, but the shopping mall.  The focus on small groups participating in politics must be revived in order to fix the current disaster that faces our nation. The state of our local governmental systems requires reform which includes creating smaller, more organized districts for increased political voices.  Our current system of having the government redraw lines every few years through the process of gerrymandering suppresses the voices of locals who are grouped into other localities of differing views.  Fleming believesthat a permanent, small-scale communal organization could alleviate the problems posed by the expansion of our systems.  He draws from the aforementioned historical examples to build modern equivalents to forums and meetinghouses.  Building off of Aristotle’s statement that, “10 citizens is too small, and 100,00 too large”, Fleming proposes the creation of new institutions between state and local governments (Fleming 51).  The solution can be found when looking at the ideal number for citizens eligible to vote.  The idea Fleming believes works best is the “urban district” a community of around “50,000-100,00 people” (Fleming 56).  This system would allow for maximum political participation while still maintaining the human aspect so often lost in modern government.

Despite the massive changes in the United States since the colonial era, many problems are still interwoven within its political system.  Fleming concludes that creation of smaller forums and revitalizing the community will solve this problem.  The precedent has been set in the past, but it would be a daring, but needed initiative in our complex, modern world.