Rhythm of Torment: A Community in Decline

Shaw has gone through many phases in its long life.  In “A Bittersweet Renaissance,” Paul Schwartzman describes a detailed history of the neighborhood surrounding S Street.  The area has had a troubled past, as described by eyewitnesses who have lived throughout this period.  It has been difficult to find much with a comprehensive history of Shaw, especially in this great of detail.  While other sources cited facts or gave broad overviews of the changes seen on S Street and the greater area, this Washington Post article went in-depth on the issues facing the residents.  The perspective and intricate detail given allows this digital source to far surpass the content of any other. 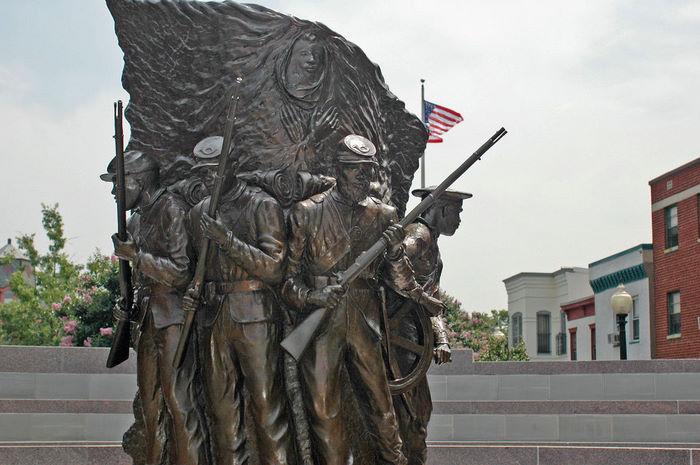 The history of the Shaw neighborhood began after the Civil War.  The article provides a firm foundation for an analysis of historical transformation.  The area was originally undeveloped; it wasn’t until streetcars began running up and down the streets that people began to move in.  By the 1920s, Shaw was predominantly black as whites left for segregated neighborhoods.  As the space developed, a vibrant black culture emerged.  Much like Harlem of the early 20th Century, Shaw saw the rise of famous artists and musicians, such as the world renowned Duke Ellington (Schwartzman).  The neighborhood was filled to the brim with black businesses alongside landmarks such as the Howard Theater, Frank Holiday’s Pool Hall, and Ben’s Chili Bowl.  All of these encouraged black youth to be something greater, and was an optimistic time to live in the community.  Then it all came crashing down.  On April 4th, 1968, Martin Luther King Jr. was assassinated in Memphis, Tennessee.  The progress and prosperity in Shaw came to a grinding halt as fire lit the night sky.  Riots erupted across the District of Columbia, but the most hard hit was Shaw.  As businesses were destroyed and infrastructure demolished, the neighborhood was gone.  The trumpets and pianos laid silent; the paint brushes unused.  Poverty rose while the civil rights movement marched on.  The following decades engulfed Shaw in a torrent of violence.  The introduction of crack and other drugs in the city earned it the title “Murder Capital of America”.  The African American community never recovered from the havoc wreaked by the 1968 riots (Franke-Ruta).  By the late 90s and early 2000s, the crime rate began to fall and white residents started to move in.  Before any of the former residents knew what was happening, Shaw fundamentally changed.  The streets were lined with expensive houses and restaurants, the latest fitness trends, and upscale coffee shops.  The spirited culture of Shaw’s black community had been lost.

While Shaw had gone through its many cycles over the years, the African American residents stood by and watched.  The article provides personal stories of the street that go beyond what one can see today.  It portrays a man who purchased his townhouse for $60,000 and when it was sold, it went for seven times the original price (Schwartzman).  No previous resident could have payed for that kind of housing.  As new businesses entered, they took the spot of former black businesses: barber shops, restaurants, clubs.  The community was a defeated people who had lost their neighborhood to young whites.  Another encounter depicted is that of Moses Lofton who was considering whether or not to sell his house for an enormous profit.  He was told by a woman on the street to “keep it in the family” because soon all of it would be gone (Schwartzman).  Gentrification had reared its ugly head in Shaw.  The streets had become too expensive for many blacks to move into, and the high priced housing incentivized many blacks to sell for an easy million.  S Street and its surroundings have been riding on a wave, with highs and lows.  Except this time, the high has reached a whitecap.

This is a scene from the 1968 riots. It puts into picture the devastation that was wrought upon Washington following the assassination of Martin Luther King Jr. It is apparent by the damage done why recovery would be difficult for the Shaw community. [3]

Neuroscientist David Eagleman once said, “There are three deaths. The first is when the body ceases to function. The second is when the body is consigned to the grave. The third is that moment, sometime in the future, when your name is spoken for the last time.”  This quote holds true for the Shaw neighborhood.  Shaw breathed its last during the riots of 1968, and the crime wave laid it in its grave.  As more and more urban dwellers move-in, the history and culture of the black community is erased.  Old landmarks are torn down and replaced with trendy bars and shops.  The ghosts of the past haunt the streets; gone are the black men donned in tuxedos and the laughter of children playing on the sidewalks.  The only remnants are confined to photographs or plaques in buildings.  The murals of U Street station are eulogies to a long dead elegance (Abrams).   As of now there is a bleak outlook for the future of African Americans in Shaw.  Their population is dwindling, forcing them out of their former cultural hotbed.  Black businesses are being replaced with new, pricey locales.  Shaw, a neighborhood that grew out of the Civil War, was created from the dissolution of slavery and ended the when its children became truly free.

The U Street station murals are one of a few lingering signs of Shaws former glory. Hidden away are signs of the rich culture which once inhabited the neighborhood, from statues on the street to paintings in alleyways. [4]

Shaw is a punching bag that has been worn out over the years.  It was sleek and new in the early 1900s, but as it accumulated character and definition, it wore out.  Now it’s being replaced with a bag that’s just a cookie cutter of so many others.  The residents have been pushed out by changing times, a product of destruction wrought upon it at the peak of its heyday.  The lively street corners of old were filled with drugs, and then the smell of exotic, foreign coffee.  The remodeling of Shaw tore out its core identity and replaced it with an assembly line neighborhood.  As those who lived in Shaw during its prime pass on, their stories become more distant and distorted, and soon gone all together.  The community is only the latest victim, and the memory for many is bittersweet.

This article from the Washington Post provides an argument against the gentrification of the Shaw neighborhood and more specifically S Street.  Since the days when Baldie lived on S Street, the area has changed a lot.  Schwartzman documents the beginnings of this change in 2006 and discusses how the culture of the neighborhood was beginning to vanish.

This article discusses the storied history of the U Street neighborhood.  It provides a different viewpoint than many of the other sites, arguing that the revitalization project has been good for the neighborhood.  It talks about the steady arrival of new business that lifted the area out of crime and poverty in the late 1990s.

This was an interesting article by The Atlantic about gentrification in Washington, DC.  The article focuses mainly on Uptown DC.  It discusses the history of the Shaw neighborhood and the revitalization efforts made by the city.  The article provides census data to show gentrification over the years.  It provides an interesting point of view from both sides, debating the benefits and problems caused by gentrification. This perspective places the blame of the gentrified communities not only on real estate developers and hipster businesses but middle class African Americans who fled the area following riots and the influx of drugs.

[2] “Google Maps” Images edited and put together by Josh Iseler