About “The Spirituality of Anadenanthera: Religion and Hallucinogens in Chavin Culture”

For Latin American Art History, the course culminated with a thorough research project that I centered around the Chavin artifact Spoon with Profile Face with Ornate Head Decoration. I used this object to dive into Chavin and Cupisnique religious practices surrounding Anadenanthera, a plant based hallucinogen found in Latin America. This essay concludes with the realization that one small object becomes a microcosm of the Chavin religious practices that are still shrouded in mystery to modern art historians and archeologists. Use the link below to access this work. 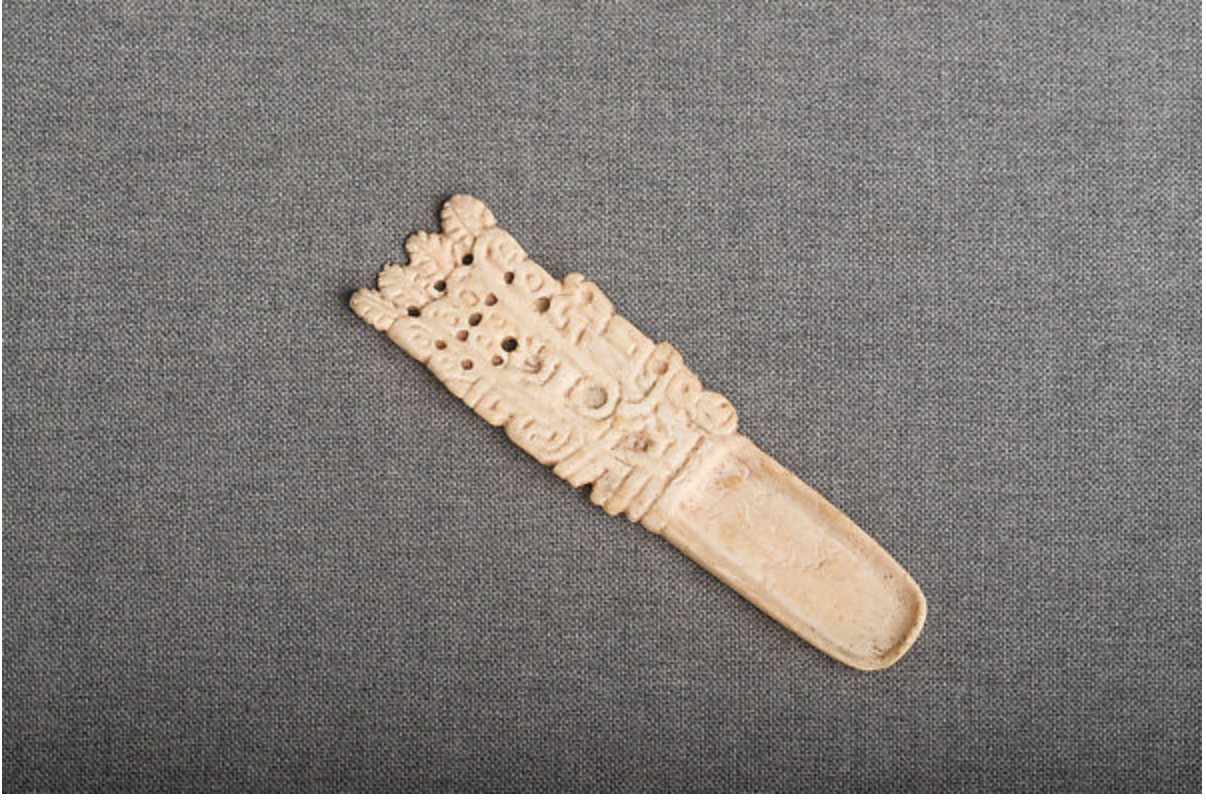 The Spirituality of Anadenanthera: Religion and Hallucinogens in Chavin Culture

About “The South is Not a Lost Cause: How Georgia’s Changing Political Opinions Defy Southern Stereotypes”

The final assignment for American Political Parties allowed me to delve into an issue of my own interest. Since I am from Georgia, I decided to focus on the state as a case study of the South’s changing perspectives around politics and Confederate history. Using information from recent elections, polls, and protests, I concluded that Georgia demonstrates that the South is not a monolith and that many are resisting the power of stereotypes across the region. Use the link below to read this assignment.

The South is Not a Lost Cause: How Georgia’s Changing Political Opinions Defy Southern Stereotypes

About “Understanding the Impact of Dollar Stores on Food Deserts”

For Introduction to Political Research, each student was asked to complete a research project that included conducting data analysis through SPSS. My project centered around dollar store companies Dollar General Corp. and Dollar Tree Inc. and finding a correlation between their locations and the location of food deserts. I used the 30 states with the highest number of food deserts and created a linear regression model to test my hypothesis that, in comparing states with high levels of food insecurity, those that have more food deserts will have more Dollar General Corp. and Dollar Tree Inc. store locations than those with less food deserts. This study found support for my hypothesis and encourages further study of how corporations may take advantage of vulnerable populations such as those living in food deserts. Use the link below to read this assignment.

About “Analysis of The Child and Adult Care Food Program”

The goal of this assignment for Political Power and American Public Policy was to thoroughly research a Federal program, describe its goals, understand the politics behind it, and analyze its impact. By researching The Child and Adult Care Food Program, I was able to deepen my understand of food insecurity and how the Federal government can play a role in alleviating the affects of this issue. Use the link below to download this assignment.

About “Art is Not for All”

The culminating assignment for College Writing 106 consisted of a feature article. This assignment was designed to take the topic chosen for the semester, in my case it was Modern and Contemporary Art, and write as though we were creating an article for a popular news source. Focusing on Art Basel, a Contemporary Art Fair in Switzerland, this piece goes into depth about the event itself, its legacy, and how it discriminates against both those without status and women. Use the link below to read!

Art is Not for All