In our daily lives, we see a wide array of images, however while we do see these images we rarely take the time to analyze and understand them. The visual rhetoric hidden behind images hold power over people that create certain meanings and arguments based on the context and audience which surround the image. Take for example this advertisement on men’s deodorant: 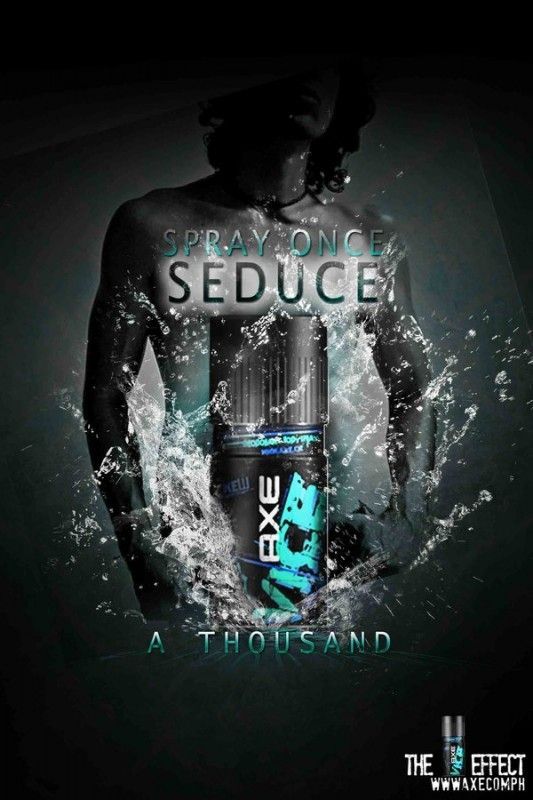 The audience is the intended target by the creator of the advertisement, which in this case is men. You can see this from how the background is of a man. The company is also known to sell men’s products, and the design of the body spray is black.

The company Axe sells body sprays, which are predominantly marketed to supposedly turn geeky guys into confident hunks that can get women. This is displayed by how the text asserts that wearing the spray will make the wearer more appealing.

The tone of the ad is based on the author’s perspective of the subject, which seems to be that the body spray is a magnetic product that will attract anyone to those that buy it.

In the background is the largest scaled image of a presumably naked man, then closer in the foreground is slightly smaller text, and most predominantly in the foreground is the image of the body spray. All of these are centered in the middle of the ad. Both the body spray and the text are more focused than the man in the background and the light blue text immediately draws the eyes of the audience, showing what the message of the ad is supposed to be.

The words included in the ad are “spray once seduce a thousand” of which the underlying meaning is that the wearer will have a quick way to attract lots of women.

The font size is fairly large and dominant in the image and the style is more serious as opposed to comical, which makes sense given it is supposed to be a serious ad targeted to men about increasing their chances with women.

The color featured the most is black, which is considered more masculine which should interest men in buying the product. Blue is also added for contrast to make the text stand out.

The splash and icy blue letters have the connotation of coolness, a feeling that is both refreshing and a way that a man wants to feel when approaching someone.

The contrast between blue and grey/black makes the image easy to read.